Ciudad Juarez in northern Mexico became famous as the worlds most dangerous city in 2009. 5 drug cartels fought for control of the city and in the ensuing years 9,000 people have been murdered. Recently a Hip Hop movement like no other was formed, by people who had enough of fear and suffering. They were dealt different blows – some as the victims and others as the instigators of violence. Music and art became their saviour and gave them the voice to stand up and change their own lives and now to save the lives of the children. They are the new Frontier Revolution, sickened by the state of their own city. 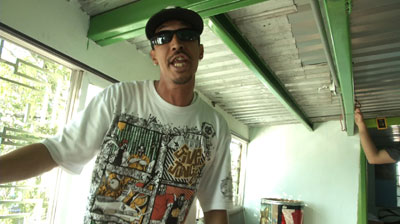 Humberto was a gang leader who had 65 friends and colleagues killed. Dilema formed the first female rap group in Juarez to protest about the abuse and murder of young women. Murz was a violent gangster who was saved by discovering an innate talent for art. Grafiko lives in the most dangerous part of Juarez and used Rap as his way to escape gang life. Siniestra lived on the frontline of two gang territories and began through her rap music to get involved in helping kids get back to school. 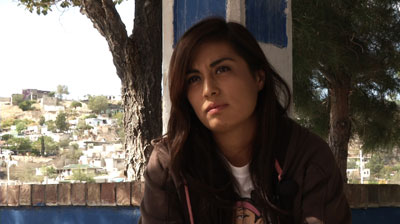 Together they have instigated new community projects, development courses, rhythm poetry and art workshops, all with the mission to open a new path for the kids, giving them a ticket out of the violent gangs. They are bravely giving hundreds of kids a chance to make a tough decision and walk away from the temptations of a life on the street, with the only end being death and destruction. They have stood up to the violent drug-fuelled mayhem of Ciudad Juarez and decided to take change into their own hands to help younger people find a better way. This is their gripping story.